For your relaxation and convenience, we have: 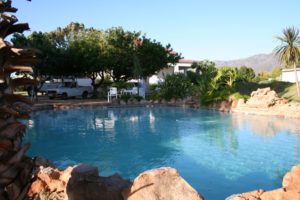 2. Speed Bar – under cover, in the cool restaurant area. Everything from a wide variety of beers (including local craft beers), a choice of very special wines and spirits, to sodas, tea and coffee. 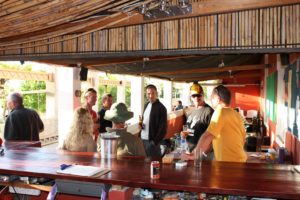 At the Lodge, you will be served the best meat by far (including ostrich, beef-steaks, “game” and lamb shanks), fresh smoked snoek (barracuda); and also several types of goulash; (lamb, pork or ‘game’). (“Goulash” in South Africa, when cooked over open coals, in a black, three-legged pot, is called “potjie” – pronounced ‘poy-key’. “Game” is hunted antelope – oryx, springbok, kudu).

NOTE: Despite the emphasis on various meat dishes (a result of the demands of our regular guests), vegetarian- and Vegan diners will not be disappointed. Terina will produce an innovative, delicious dish which will dazzle the most ardent meat-avoider’s palate.

4. Our backyard “Landing field” – several hectares in which to land after a cross-country flight, to practice your  ground-handling skills, or merely to walk around, visiting the fenced-off reservoir nearby, where several orphaned antelope are reared in safety, prior to being rehabilitated into the wild. 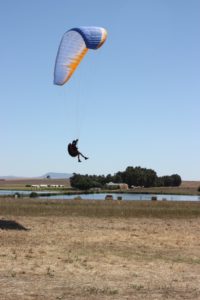 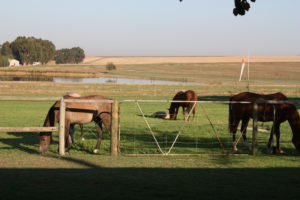